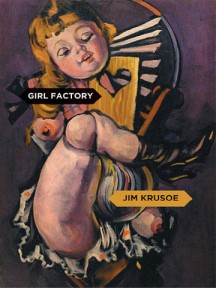 Three or four years ago, I had an idea to write a regular feature for the local Ventura weekly called (in my mind), the Indie Book of the Month Club.  The idea was to write a review/personal essay about a book on an independent press.  Independent publishers don’t get nearly enough press.  I read books from indie publishers all the time.  I figured I could dedicate seven or eight hundred words a month to promoting the cause.  So I wrote a sample essay, walked down to the VC Reporter, and plugged my idea.  The editor said no.

Last year, my buddy James Jay came up with a similar idea for a column for the local Flagstaff weekly, Flag Live.  He asked me if I was interested in being one of three writers for this column.  I said, “Sure.”  I told him that, if he wanted a sample to pitch to the editor, I already had one.  I emailed the sample to him.

Time passed.  The editor at Flag Live asked James, Mark Gibbons, and me to all write our first installment.  I wrote another column for the weekly.  I sent it to James.  I didn’t hear anything about it.

Fast forward several months.  I was in Flagstaff for the Northern Arizona Book Festival.  In between events, James Jay told me, “Oh, yeah.  Your book review ran in Flag Live.”  I’d completely forgotten about the column idea.  I thought he meant that the weekly had reviewed Madhouse Fog.  A confusing conversation followed.

All is cleared up, now.  I’ll be writing a monthly book column with James Jay and Mark Gibbons.  We’ll each write four a year.  If you’re interested, you can read my first installment of the Flag Live column “Words that Work” here.

One thought on “Girl Factory”