David Starkey interviewed me for the local public access TV show Creative Community. We talk about writing, my childhood, and punk rock. I also read a couple of passages from Dead Extra. Check it out.

You can also watch the video on Vimeo by clicking this link. 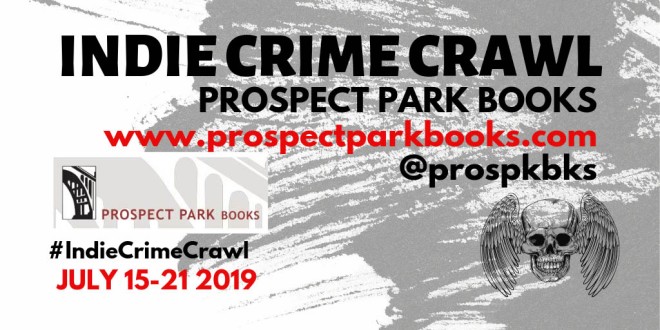 My publisher and a few other indie crime publishers are holding a 25% off sale this week, which means that, until Sunday (July 21, 2019), you can get a new copy of Dead Extra directly from my publisher for $12 and free shipping. Here’s the link.

I know you can get a copy on Amazon for $11, and if you buy on Amazon, I appreciate your support. But Amazon really is a horrible company. They brutalize their employees and use predatory and illegal tactics to perpetuate monopoly capitalism. Don’t get me wrong, I’d rather you buy Dead Extra on Amazon than not buy my book at all. Still, you have a chance to buy it for a buck more from my publisher, who–unlike Amazon–let’s her employees take bathroom breaks and who–unlike Amazon–is nurturing the publishing industry instead of using it as a loss leader in an attempt toward global domination. Why not take that chance?

Ventura has a very vibrant poetry scene, led by Ventura County Poet Laureate Phil Taggart and his wife, Marsha de la O. Both are amazing poets. Both set up cool events all around the county. Their mainstay event is on Thursday nights at the downtown library. Typically, it’s a poetry-only event. I’ve never seen a prose writer at any of their events. Still, they’ve invited me to read passages from Dead Extra. I’m excited to be a part of it.

I’m planning to read a section of the novel that I haven’t read in public before. I’ve been saving this chapter just for this event. So, if you’ve already seen me read from this book, come out anyway. I’ll read you something new. If you haven’t seen me read yet, here’s your last chance. All the information is below.

Your author at the Mountain Bar, Los Angeles, circa 2004.

I love to do readings. Before I talk about that too much, I should get this plug out of the way: I have a reading coming up at the Barnes & Noble in Ventura on Sunday, June 23 at 1:00 PM. Click this link for more info.

Now, I know most authors hate to do them. A lot of times, authors grudgingly plow through their passages at readings, apparently encountering their words for the first time, barely paying attention to their audience, and generally bumming out everyone. They usually go on way longer than they should even if they’re entertaining. I saw a lot of these readings when I was a young writer (and I still see some, occasionally). I never wanted to be like that.

But also, the nature of how I came up as a writer never allowed me to do that. I started my readings in all punk rock contexts: between bands at shows, in anarchist bookstores, in squats, in bars, and generally in places where the crowd didn’t feel the need to be polite. If you didn’t amuse them, there were consequences.

My first books were on a punk press. I sold them by touring with other zine writers. We’d set up shows anywhere we could. From 1999-2008, I did something like 250 readings in 50-60 cities with dozens of other authors. We learned pretty quickly how to choose the right things to read, how to grab an audience, how to get a laugh, how to embody a story, and basically how to do all those things you need to do to avoid getting heckled. It was a great education. All those audience members willing to give me a chance, to react positively at the good stuff and negatively at the bad stuff, shaped me as a writer.

With this new book, I’ve been doing all the things that authors do these days. I’ve done a few in-conversations, some panel discussions, that kind of thing. But I haven’t had to chance to give an old-school reading. So, for my upcoming event at Barnes & Noble, I begged them to let me do just that. I’m looking forward to it.

However, since I made the big stink about having them let me read, I’m going to need an audience. If you’re in Ventura, please come out. It’s a Sunday afternoon. You’re not busy. You’re not doing anything else. You’ll have a good time. And, if I don’t bring my A game, you’re welcome to heckle, boo, throw beer at me, start a barroom brawl, and all those other things that have happened at other readings I’ve done. 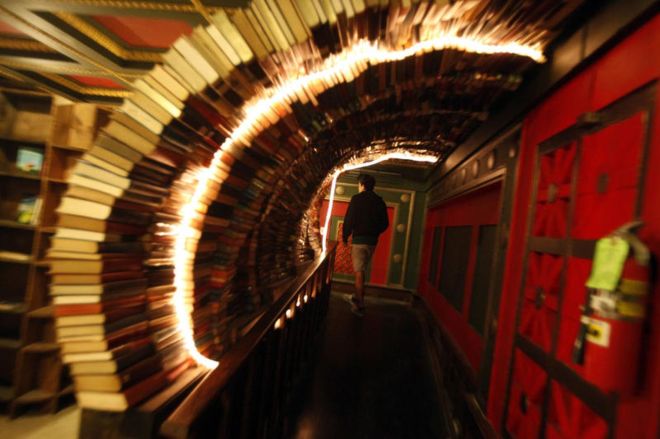 My next event–and the last Los Angeles event for a while–will be at the Last Bookstore in downtown Los Angeles on June 11. I’ll be part of a group reading that’s co-sponsored by Prospect Park Books (my publisher) and Rare Bird Books (another very cool LA press). Rare Bird is bringing crime writers Doug Cooper, Eric Tarloff, and Frank Strausser. Prospect Park is bringing Phoef Sutton and me. Gary Phillips is hosting.

The event is Tuesday, June 11 at 7:30 PM at the Last Bookstore, 453 South Spring Street, Los Angeles. The event is free, but the bookstore appreciates it when people buy books in advance. Here’s a link to the tickets (which are actually just pre-ordered books).

If you’re in the Los Angeles area didn’t get a chance to catch me at the book release earlier this week, don’t fret. I’ll also be reading at Noir at the Bar this coming Saturday, May 18, at the Stand in Pasadena. That event also starts at 7:30. The Stand is located at 36 South El Molino Ave, Pasadena. The event is part of LitFest Pasadena, so you can make a day out of it, if you want to.

The day before my book release (which is Tuesday, May 14 at Skylight Books in LA), the Los Angeles Review of Books reviewed my new novel, Dead Extra. It’s a very thoughtful, professional review. To answer all the questions that my wife asked me about the review: No, I didn’t write it myself. No, I don’t know the author. We have never met. Again, no, I promise that “Glenn Harper” is a real reviewer for LARB and not my pen name.

Also, I was interviewed for Speaking of Mysteries a few weeks back, and the interview went live today. You can listen to it here. Or you can get it through iTunes, Stitcher, or wherever else you get podcasts.

And I want to add two serendipitous things about the review and interview.

My new novel, Dead Extra, officially releases next Tuesday. I’ll be at Skylight Books in Los Feliz to celebrate. I’ll do a short reading, then an “in conversation” with Steph Cha, author of the Juniper Song novels.

“Carswell weaves an intricate tale that keeps interest high as it shifts time frames and points of view. Readers will have no trouble relating to Jack, a regular Joe. Fans of the post-WWII pulp magazines and film noirs will find plenty to like.”

You can read the full review here.

It’s actually not the first review. Library Journal reviewed it last month, but the review is behind a paywall. Here’s the link. If you have access to it, please let me know what it says. 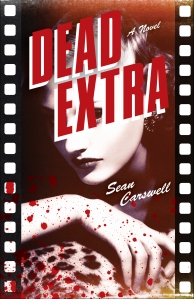 We’re still about three months away from the release date, but I’m already so excited about my new novel that I’m having trouble thinking about anything else. When someone asks me how I’m doing, my first thought is, Great! I have a new novel coming out! I think it’s the best thing I’ve written! I almost always contain myself and say, “Good. How are you?” Almost always.

I want to talk a little about the new one here, though. It’s a crime novel titled Dead Extra. It’s set in Los Angeles in the 1940s. One of the protagonists is Jack Chesley, a veteran who returns from a German POW camp to find his wife dead and his wife’s twin convinced the death was murder. It sounds like a common trope, I know. Hopefully, I changed things up enough to that Jack isn’t common. He’s not your typical Sam Spade/Philip Marlowe tough guy detective, for one thing. For the other thing, he’s inspired by a real man.

My father is the youngest of seven kids. The oldest, born 21 years before my dad, was my Uncle Jack. Jack’s middle name was Chesley. I was close with my Uncle Jack for the final fifteen or so years of his life. This started when I was about 13. He’d come down to Florida. I’d take him fishing. He’d take me on drives around town. We’d talk a lot.

As I got older, Uncle Jack opened up to me more and more. He told me stories about his father, my grandfather, who’d died when my dad was a little kid. The old man, as Jack called him, was brutal. A hired thug. A gunman. A killer. And, though Jack didn’t put it in these terms, the old man was horribly abusive to Jack. Jack got away from the old man first by joining the NYPD, then by going off to fight in World War II. His plane was shot down in western Germany. He parachuted out, survived behind enemy lines for a bit, and ended up in a German POW camp. While he was there, his father and his wife both died. When he returned, he got mixed up with his wife’s twin sister.

I took a bunch of these things from my uncle’s life and used them for my novel: his name, some of his war stories, the broad strokes of his relationships with his father, his wife, and his wife’s twin sister. Mostly what I tried to borrow from him was his complexity.

When I got to know him, Jack was in his sixties. He was a recovering alcoholic, a retired cop, a father and grandfather, and just about the sweetest guy I’ve ever known. What also came out in our conversations was that he’d killed people. A few during the war. Maybe a few while he was on the force. I could never reconcile this in my mind. How could you be all these things? How can you be a killer and a kind, generous, thoughtful uncle? How can a young man go through all that Jack went through and emerge whole on the other side?