In preparation for the publication of Train Wreck Girl, Manic D Press emailed some questions over my way.  It was a mock interview, of sorts, that press outlets could use for various quotes or to supplement the press release.  I found it on my computer while doing a search for another file recently, and I thought, hey, this is blog-worthy.

Without further ado, here are my answers to the publisher’s questions about my book.  They are all accurate as of February, 2008. 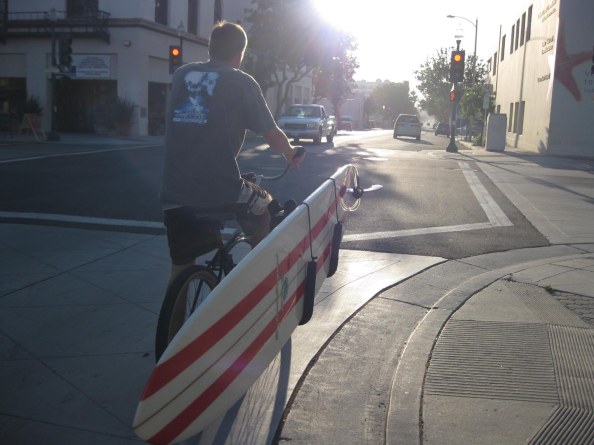 While this is fiction, the scenes in Cocoa Beach, FL and Flagstaff, AZ reveal an uncanny familiarity. Did you live in these towns at some point?

I lived in both of them.  I was born in Cocoa Beach.  Most of the novel takes place in my old neighborhood in downtown Cocoa Beach.  I lived there for a few years.  I loved it.  It had its shady elements, but rent was cheap and you could walk to the beach and the bars.  It was also right by the library, which was great.  Cocoa Beach has an amazing public library, especially when you consider it’s a small town in Florida.

I lived in Flagstaff for a couple of years, also.  Though I changed the names of a lot of the places, people who live in either of these towns will probably be able to pinpoint where I’m talking about and pick up on some inside jokes.

The characters in Train Wreck Girl are very three-dimensional. Are they entirely fictitious, or based on people you’ve known?

Well, people who are close to me will probably read about the Bart character and think, oh, he drives the short bus during the day and picks up dead bodies at night, so he must be based on Sean’s friend so-and-so.  Or they’ll read about Sophie yo-yoing in and out of rehab and being the nicest, sweetest woman when she’s sober and think she’s based on an ex-girlfriend.  And if they want to believe that, they can.  The more you want to believe about the book, the better, as far as I’m concerned.

A lot of the characters do have a great deal of back story written about them as well.  They’ve popped up in other stories and books of mine.  If I can use a main character from one story as a minor character in another, I try to do that.  This way, if you read all of my books, you can get a richer experience than if you just read an individual book.  It’s kind of like what Faulkner did with Yoknapatawpha County.  Only Faulkner wrote all these amazing novels worthy of his Nobel Prize, and I write a bunch of stories with characters who get drunk and say dude a lot.

There are so many coming-of-age novels, what makes this one different?

When I was getting into my early thirties, I noticed that a few of my friends were going through a little crisis that basically amounted to: I always thought I had no future and now I’m living in the future.  I lived fast and didn’t die young; what do I do now?  And I had noticed this about my friends because I was going through that same crisis.  So that’s why I wrote Train Wreck Girl.  It’s my way of trying to answer those questions I didn’t really have an answer to.

When did you start writing fiction?

When I was in second grade, I was getting into a lot of trouble because I had a teacher who taught to the dumbest kid in the class, and I wasn’t him.  I was bored all the time, looking to start something.  So my mom gave me a little notebook and told me to write a story in it whenever I was bored.  Ever since then, writing has kept me out of trouble.  More or less.

Has being a publisher at Gorsky Press changed you as a writer?

Yes.  Being a publisher has taught me that the world doesn’t owe me anything just because I wrote a novel.

Does Train Wreck Girl have a message that it’s trying to impart to its readers, or is it strictly entertainment?

First off, I hope it’s entertaining.  That’s the most important thing.  That’s what all the fart jokes are about.  But there are definitely some serious themes that I explore and I hope the reader leaves the book thinking about things they haven’t thought about before.

You’re teaching college these days but you’ve had many varied work experiences. What were some of your favorites and why?

I worked in a school board warehouse for a while and I only had to do about three hours of actual work in an eight hour shift.  The rest of the time, I’d find a remote corner of the warehouse and read the obsolete library books.  It was great.

I also worked in a rock and roll bar for a while, and just about everything we did was illegal.  I don’t think we had a liquor license or even a business license.  Everything was cash, right down to the kickbacks we gave the police department bi-weekly and the five-dollar bills we gave to the crackheads to mop the cement floor after the shows.  All of my favorite local bands played while I was working there, and even a few of my favorite out-of-town bands.

I liked being a carpenter, too.  It was very fulfilling to walk onto an empty slab on a Monday morning and see the frame of a house on that slab by Friday afternoon.

Yes.  I started surfing about twenty-five years ago, when I weighed ninety pounds and the tiny Florida waves could push me around.  Some of my best memories of Florida are attached to the names of storms.  Like, I remember the day after Hurricane Floyd swept through Cocoa Beach, I kept checking the waves every couple of hours until the water was calm enough to actually paddle out into.  And just about everyone in town had evacuated before the storm hit, so when I did get out to where the waves were breaking, there were just two other surfers and me and all the overhead waves we could surf.

Now I live between a few world class breaks in southern California, so I don’t have to wait for a tropical storm for the waves to be good.  I still surf a couple times a week, if I can.  I surf more in the winter when the waves are better.